Donald Keith McLaughlin (4-8-67)
was sentenced in Levy County Circuit Court on November 4, 2015.  McLaughlin entered a plea to one count of
Engaging in Sexual Activity with a Child aged 12 to 18.  Circuit Judge William Davis thereafter sentenced
McLaughlin to 18 years of prison to be followed by 15 years of Sex Offender
Probation.
Levy
County Sheriff’s Office Investigators
became aware of the crimes in 2014 when McLaughlin was arrested on unrelated
charges in Putnam County, Florida.
Putnam SO Investigators notified Levy Investigators of documentary
evidence of sex crimes they had located in their county.  The evidence was substantial and included
videotapes and journals kept by McLaughlin.

After painstakingly reviewing the
evidence, LCSO Investigators identified several child victims and determined
that some of the crimes occurred in Levy
County.  The offenses occurred as far back as the year
2000.  The Investigators then began
interviewing victims.
In May of 2014, Sgt. Mike Narayan
and Cpl. Tom Martin interviewed McLaughlin in Putnam County.  They obtained admissions from McLaughlin that
he had engaged in sex crimes with a child in Levy County.
After compiling the evidence, LCSO
Investigators obtained an arrest warrant for McLaughlin on May 21, 2014.  The warrant was executed on September 8,
2014.
LCSO Investigators are pleased to
be able to assist in the long-term incarceration of McLaughlin and to help
bring closure to some of his victims.
Unfortunately, LCSO Investigators believe there are additional victims
who have not come forward and the Sheriff’s Office would like to see McLaughlin
punished for all of the crimes he has committed.  Victims or anyone who believes they may have information
about crimes committed by McLaughlin are encouraged to call Sgt. Narayan or Cpl.
Martin at the Sheriff’s Office.  Information
can also be provided anonymously through Crime Stoppers of Levy County at 1-877-349-8477
### 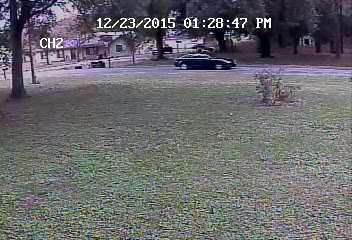 ﻿
December 28, 2015
The Levy County Sheriff’s Office
is seeking the public’s assistance in solving a home invasion robbery that
occurred on December 23, 2015.  The
incident occurred during the early afternoon hours at a residence on State Road
121 south of the city of Williston.
The victim reported being
alone at his residence when he heard banging on the door.  Before the victim could answer the door, two
unknown black male subjects broke into the residence and detained the
victim.  The perpetrators tied the victim
and covered his head with something to prevent him from seeing.  The suspects demanded money from the victim
and ransacked the residence.  They also
threatened to kill the victim.
After a short period of time,
the unknown suspects fled on foot to a waiting vehicle.  The vehicle was described as a dark colored
Chevrolet car with chrome rims and door handles.
Deputies on scene described
the victim as extremely shaken by the events. The victim was not physically
injured.  LCSO deputies were able to
locate multiple witnesses who provided statements that corroborated the
victim’s account of the incident.  Additional
evidence led investigators to believe that the perpetrators were searching for
specific items that belonged to a person other than the victim.
The investigation is continuing.  Crime Stoppers of
Levy County has authorized a cash award of up to $1,000.00 for information
leading to the arrest and prosecution of the person or persons involved in this
home invasion robbery.  That information
can be provided anonymously at 1-877-349-8477 or 24 hours a day at
352-486-5111.
####
“Know Something We
Don’t” Call Crime Stoppers 1-877-349-8477
remain anonymous.

December 9, 2015
On December 5, 2015 LCSO deputies
responded to the Suwannee River Livestock Fairgrounds located in Fanning
Springs to a reported burglary.  Fair Director
Loran Brookins advised that recently an unknown person had broken into one of
the Fair offices and had stolen some handheld radios and chargers.  Mr. Brookins also advised that it appeared
someone had been living in one of the offices on the fairgrounds.
On December 7, 2015 Deputy Sam
Quincey and other deputies went to the fairgrounds to conduct a security
check.  Deputy Quincey located David Alec
Summers (12-3-80) sleeping inside one of the offices.  Summers was detained by the deputies.  Their subsequent investigation revealed that
the office door had been damaged to gain access. Deputies found three syringes
and a methadone tablet among Summers’ belongings.  Summers was arrested for Possession of a
Controlled Substance, Possession of Drug Paraphernalia and Criminal Mischief.
After being transported to the Levy County
Detention Center,
Summers was interviewed by Investigator Scott Stancil.  During the interview Summers admitted that he
had stolen the radios from the fairgrounds.
Based on information provided by Summers, LCSO investigators were able
to recover the radios and chargers.
Summers was also charged with Burglary and Petit Theft.
Summers remains in the Levy County
Detention Center
where he is being held on $135,000.00 total bond.
###
Lt. Scott Tummond
Criminal Investigations Division
Levy County Sheriff’s Office(352) 486-5111

December 9, 2015
On December 8 at 2:45 in the
afternoon the Levy County Sheriff’s Office received several 911 calls. Citizens
were reporting a man, a woman and a child were being attacked by a pack of
dogs. Deputies responded to the area of NE 75 Street and NE 105 Avenue outside
of Bronson and found several large breed dogs running free. They also found
three dog bite victims.
Kayula Most (26) reported to
deputies she and Arthur Tyson (20) were sitting near the edge of the road
waiting on a child to get off the school bus. She was also holding a 1 year old
child at the time.
Tyson stated three large dogs approached
them in an aggressive manner. Tyson told deputies he stood up and one of the
dogs began attacking. Tyson said he began fighting the dog when the other two
joined in the attack. He saw Most being bitten several times then one of the
dogs grabbed the child she was holding by the upper thigh and snatched her from
her grip. Tyson said he saw the dog shaking the child like a rag doll.
Most reported she began screaming
and fighting the dogs. She was ultimately able to grab the child from the dog
and used her body to shield her from further attack. Most sustained the more
extensive injuries.  All three victims
were transported to a local hospital for treatment of their injuries.
LCSO deputies contacted Levy
County Animal Control Services who responded and impounded 11 dogs total from
the home located at 7530 NE 105 Avenue. The owner, Laura Trauchber, was cited
by Animal Services and had has a pending appearance in court.
###
Lt. Scott Tummond
Criminal Investigations Division
Levy County Sheriff’s Office(352) 486-5111

“Know Something We Don’t” Call Crime Stoppers 1-877-349-8477 remain anonymous.
December 7, 2015
LCSO deputies responded to the Yankeetown General Store
located at 6611 HWY 40 West on November 29, 2015. The store clerk discovered
someone had entered the store through the roof sometime after closing and took
miscellaneous food items and gasoline valued at approximately $190.00.
The clerk reviewed video footage and identified the suspects
as Robyn Johnson (9-22-89) and Noah Bevins (2-4-81). Johnson and Bevins were
both personally known by the clerk. She also identified Johnson as the daughter
of the store owner.
On December 2, 2015, Deputy C. J. Perryman witnessed a
disturbance at the Kangaroo gas station in Inglis and responded to intervene.
Dep. Perryman quelled the argument and as a normal course of his duties
discovered one of the participants in the argument was Robyn Johnson.  Johnson had an active outstanding warrant for
her arrest issued by the State of Indiana
for failure to appear on a larceny charge.  As Johnson was being taken into custody for
the warrant she resisted arrest.
During a search of her purse, Dep. Perryman discovered she
was in possession of Methamphetamines and Oxycodone. She was booked into the
Levy County Detention Facility and charged with possession of narcotics and
resisting arrest. She is being held on an $115,000 bond.
On December 3, 2015, Investigator M. Wilkinson located and
arrested Bevins. Bevins was booked into the Levy County Detention Facility and
charged with burglary and theft. He also had outstanding warrants for failure
to appear. His total bond has been assigned at $37,000.00
On December 7, 2015 Investigator M. Wilkinson filed burglary
and theft charges at the Detention Facility on Johnson. She has not been arraigned
on these new charges at the time of this release.
This case is yet another example
of how illegal drugs impact the families of the addicted and our community.
Robyn Johnson exploited an opportunity to steal from her family which
ultimately impacts all the residents of the Yankeetown community.
We at LCSO urge our citizens to
stop being victims and report crimes or suspicious activity. Crimes can also be
reported anonymously by contacting Crime Stoppers at 1-877-349-8477.
###
Lt. Scott Tummond
Criminal Investigations Division
Levy County Sheriff’s Office(352) 486-5111