On April 28, 2009 Douglas Gregory has been located in the Goethe Forest around 4 PM. The Levy County Sheriff’s Office, Florida Wildlife Commission and the Department of Agriculture searched for Gregory since April 23, 2009. The search consisted over thirty (30) Law Enforcement Officers, six Canine teams, all terrain vehicles and two helicopters.

Officer Paul Langford with the Department of Agriculture located Gregory walking approximately one mile north of where his vehicle was parked. Gregory stated to deputies that he has been in the Goethe Forest since last Thursday.

Gregory was found to be emotionally distraught and dehydrated and he was transported by ambulance to Nature Coast Regional Hospital. Upon receiving medical attention Gregory will be Baker Acted by the Levy County Sheriff’s Office. 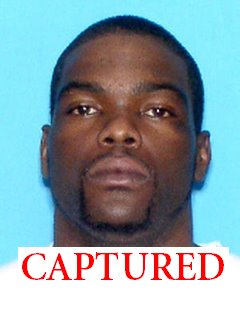 Bronson, Florida-The Levy County Sheriff’s Office received a 9-1-1 call in reference to a shooting that occurred behind the Bronson Post Office. Deputies arrived on the scene within three minutes of the call and found the victim, Cosmo James laying on the ground and bleeding from a gunshot wound.

At the scene there were three eyewitnesses to the shooting and they stated that “Doughboy” shot the victim and then attempted to shoot them by firing multiple times. The suspect left the scene in a 1988 Toyota Tan in color 4-door sedan Florida Tag M09-2DK and was seen traveling south on ALT 27 from Bronson.

Investigator Mark Morgan has positively identified the suspect as being Aaron Sysvester Hope also known as Doughboy. The suspect may possible still be driving the above 1988 Toyota and should be considered armed and dangerous.

The victim was transported to an undisclosed hospital by helicopter and he is listed in very critical condition. The suspect is wanted for attempted homicide and three counts of aggravated assault.

Anyone with information on the whereabouts of Hope is asked to call the Levy County Sheriff’s Office at 352-486-5111 or you can remain anonymous by call Crime Stoppers at 1-877-349-8477. A reward is being offered for the suspect’s arrest.

Chiefland, Florida- On April 23, 2009 Investigator Tom Martin arrested Robert Wayne Thomas for two counts of lewd & lascivious conduct on a minor, and he was transported to the Levy County Jail.

In the summer of 2008 Thomas, age 42, threw parties at his residence with as many as 20 kids ranging in ages from 11-15. During these parties Thomas provided alcohol to the children and encouraged them to play games called “Seven Minutes in Heaven” and “Truth or Dare”.

During these games Thomas issued dares to kids. If a child did not want to participate in these dares, he criticized and used peer pressure. Thomas suggested that the kids take body shots and explained to them that body shots were where you poured an alcoholic beverage on the body and consumed it with your mouth. Thomas demonstrated by pouring a body shot of alcoholic beverage on a 13 year old female’s stomach and consuming the alcohol with his mouth.

Later in the evening Thomas allowed several kids to sleep in his bed. While one of the kids was asleep, Thomas stated to investigators that he fantasized of having sexual intercourse with the child. He also stated that he touched one of the kids inappropriately.

In 2009 Thomas continued contact with one of the females by calling and texting her on the phone on a daily basis. Thomas admitted that his relationship was special and he wanted this 13 year old girl to be his wife. Thomas routinely gave the child compliments, showered her with gifts, took her to the movies and asked her sexual questions to perpetuate his fantasy.

Thomas’ conduct and behavior never occurred on school property but he was actively involved with his own child in school functions. Anyone that has had contact with Thomas in an inappropriate manner is asked to call Investigator Tom Martin at 352-486-5111.

Bronson, Florida- The Levy County Sheriff’s Office was contacted by the Florida Wildlife Commission on April 23, 2009 in reference to an abandoned Blue 1990 Lincoln Town car parked in the Goethe Forest off Middle Road.

The investigation revealed that the car is registered to Douglas Kurt Gregory and he was seen in Ocala, Florida on April 15, 2009. Mr. Gregory did not show up for work and his whereabouts is unknown. The Levy County Sheriff’s Office, FWC, two canine teams and the Marion County Sheriff’s Office Air-1 helicopter searched throughout the night for Mr. Gregory with negative results.

Mr. Gregory’s mother has reported that he suffers from Sensory Integration Dysfunction and has difficulty processing information from the senses (touch, movement, smell, taste, vision and hearing) and responding appropriately to that information.

Anyone with information on the whereabouts of Mr. Gregory is asked to call the Levy County Sheriff’s Office at 352-486-5111. Mr. Gregory has been entered in the computer as an endangered missing person and a statewide bolo has been issued.

On April 18, 2009 Deputies responded to Big Pine Road at Tiger Island in reference to a man with a gun. Upon arrival the victim stated that he has had problems in the past with Reichert because he reported him to Florida Wildlife Commission for hunting out of season. Reichert drove his 4-wheeler on the victim’s property that was posted with “No Trespass” signs around 7:30 PM. Reichert was armed with a black pistol and threatened the victim.

During the incident the victim was able to photograph Reichert on the property depicting his aggressive behavior. Reichert did doughnuts in the driveway and yard causing $ 100.00 in property damage with the 4-wheeler.

Deputy Breeding did a criminal history on Reichert and discovered that in 2006 Reichert was convicted on Federal weapon charges and possession of destructive devices.